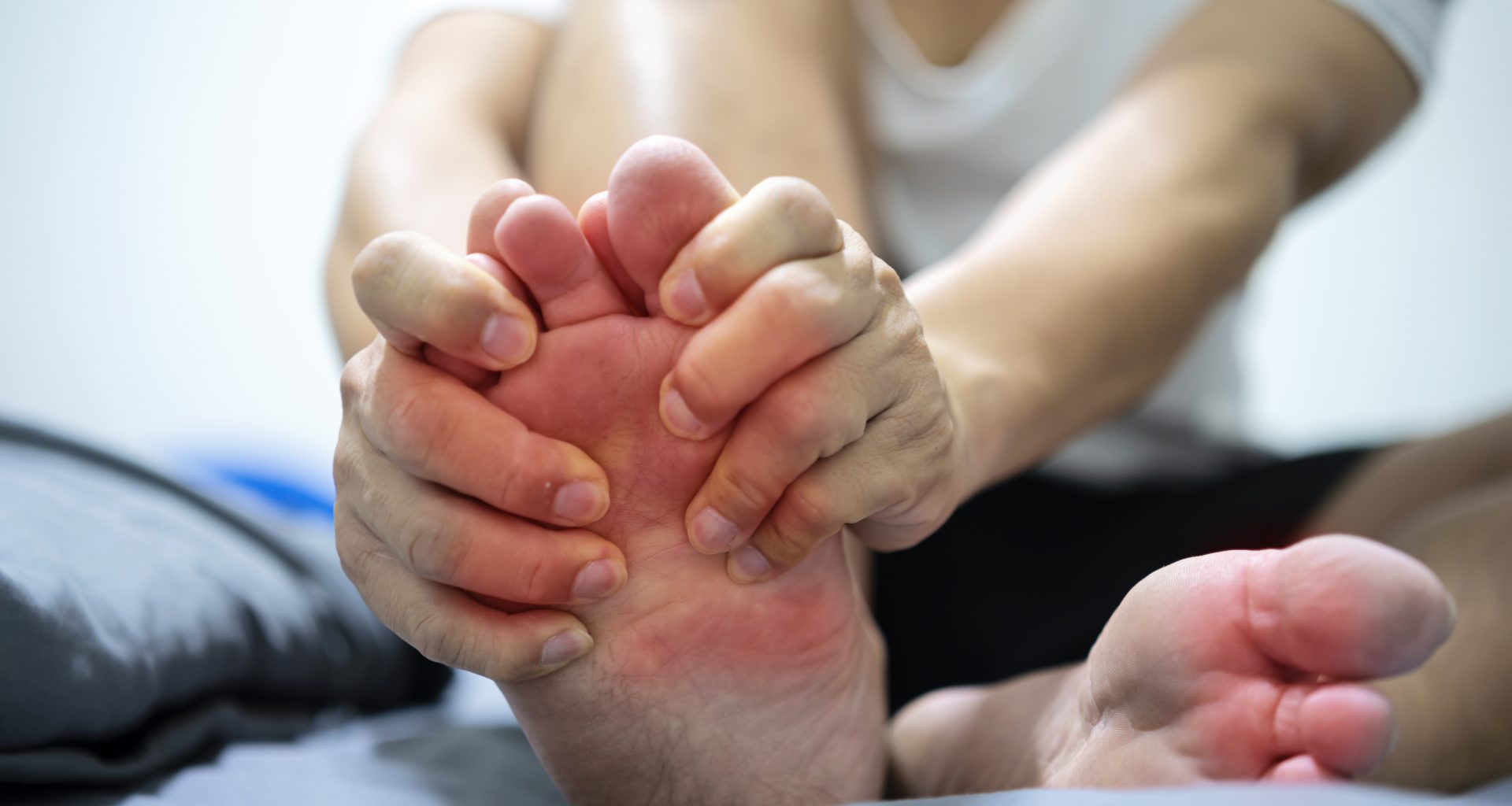 What is Gout and how can you cure it?

What is a gout attack?

Gout is a particular form of arthritis that causes recurrent attacks of severe pain in one or a few joints. Gout attacks usually last a few days and then the symptoms disappear for several weeks. All joints can be affected, but most often the disease starts in the joint at the base of the big toe. The joint becomes purplish red and swollen.

An abnormally high level of uric acid in the blood, a condition called hyperuricaemia, is the cause of gout. Uric acid is one of the waste products that the body’s metabolism normally produces. When there is a surplus, uric acid is gradually deposited in the body in the form of crystals, for example in the joints. These deposits trigger inflammatory reactions.

Gout affects about 2% of adults, mostly men1. 1 The first attack usually occurs around the age of 30 to 45 for men, and after the menopause for women.

From overeating to gout…

This is what happens in the body of a person with gout. Uric acid is a kind of waste product that the body must eliminate. It is the end product of the breakdown of purines. About two-thirds of the purines that need to be eliminated each day come from dead cells in the body, and one-third from food.2 Uric acid is a waste product that the body must eliminate. Red meat, game and seafood, for example, are very rich in purines.

It is normal for some uric acid to be circulating in the blood. However, if too much uric acid is present and the kidneys are not able to eliminate the excess, the blood concentration increases. The body is then hyperuricemic.

Over the years, excess uric acid is deposited in the tissues in the form of sodium urate crystals. The deposits form in the joints or elsewhere in the body (under the skin, in the cartilage, in the kidneys, etc.). The white blood cells then try to get rid of them by “eating” them through phagocytosis. However, the crystals damage the white blood cells, which triggers a violent inflammation that lasts up to 2 weeks, if not treated.

For reasons unknown, hyperuricaemia does not always cause symptoms. In fact, only one third of people with hyperuricaemia have gout1. 1 It is estimated that 5% to 10% of the adult population is hyperuricemic.

To start just take a good food supplement that help with good symptoms! The best remedies for good are Boswellia and Turmeric. Here you can find many home remedies with these extracts:

The symptoms of gout

Sudden, intense, throbbing pain in a joint;
Attacks occur mostly at night. Joints in the extremities of the limbs are more sensitive than others, partly because they are colder. Cold can cause liquid uric acid to turn into uric acid crystals.

Swelling and redness of the affected area;
a very cold feeling in the affected joint;
rarely, generalized joint pain, accompanied by general malaise, fever (up to 39°C) and chills. In this case, go to hospital as a matter of urgency.

Funny names! The word “gout” was chosen for the image of the “dripping” of a harmful fluid into the joints and organs. The disease was also called “podagre”, from the Greek podos (foot) and agra (grip), to mean that the pain “gripped through the foot”. The term podagre is still used in medicine when the attack affects the big toe.

Hippocrates, the ‘father’ of medicine, who lived in Greece in the 5th century BC, had already noticed that gout mainly affected the bon vivants. It used to be called “the disease of kings” or “the disease of the rich”, because of the pantagruelic, well-watered meals that only they could afford. As a result, it has long been known that the pleasures of the table are linked to this disease.

More rarely, the disease may be hereditary or caused by medication or another disease.

The following are some of the factors that contribute to increased production of uric acid or decreased excretion.

Half of all gout sufferers are thought to have poor drinking habits. Ethanol increases the production of uric acid (without affecting its excretion). Beer is the alcoholic drink that raises uric acid levels the most.